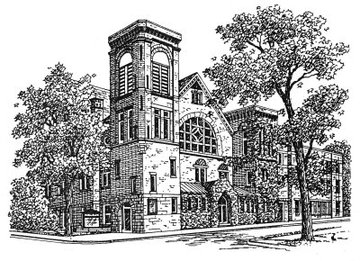 In the year 1863 the Reverend John McCombs and the Reverend J. M. Groves began the work of establishing a congregation with a revival meeting at the schoolhouse at Pinoak.

In March, 1870 the Trustees purchased property on East Third Street.  Records show that building was completed and dedicated December 11, 1870.
​
By 1886 the name of Grace Methodist Episcopal Church was in use for introduction to the 1887 Atlas of Oil City.

The frame building on East Third Street continued to serve the growing congregation for two decades. On March 1, 1891 the present lot was purchased and the cornerstone was laid in 1892. On December 8, 1895 the present church was dedicated. In 1955 the Education section of the church, named Asbury Hall was built and was dedicated in September, 1958.